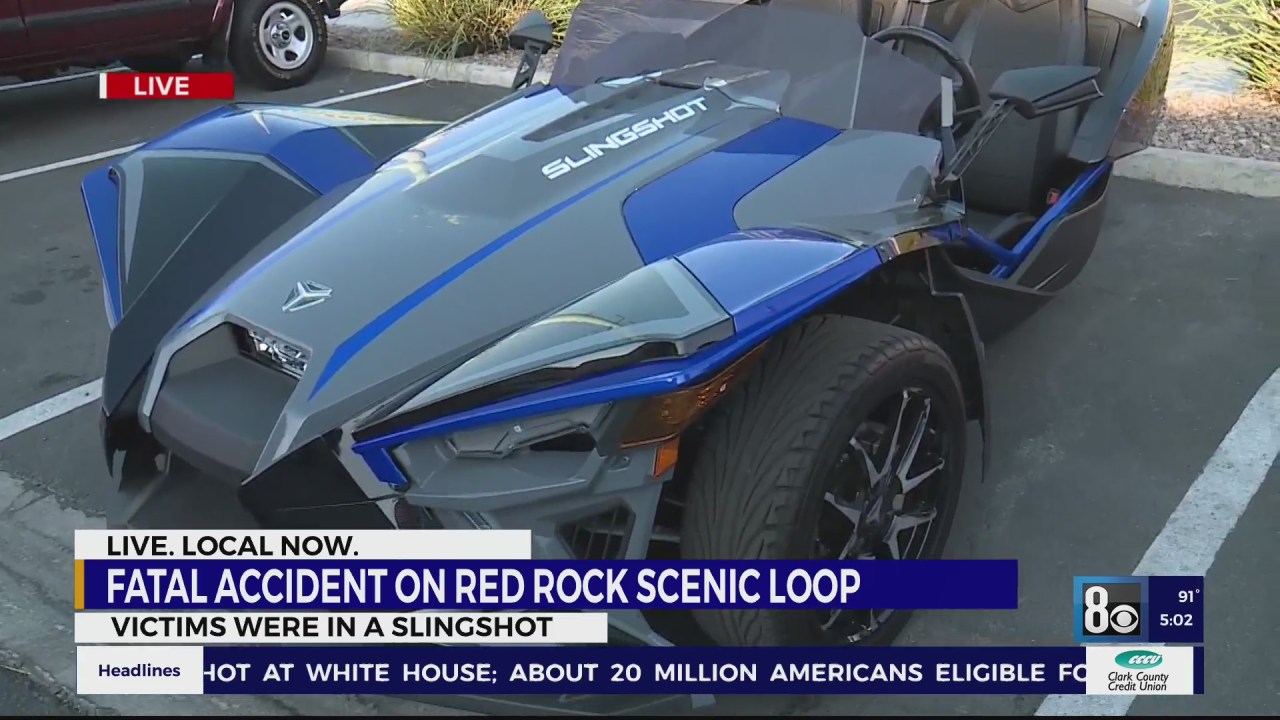 Last week, a fatal crash involving a Rolls-Royce at Spring Mountain and Saturday’s crash took place in a three-wheeled vehicle called a Slingshot.

“It’s supposed to be that two-person experience,” Houston Crosta of Royalty Exotic Cars told 8 News Now. “It’s open, there are no doors.”

But on Saturday, the joy ride turned out to be deadly.

“It’s more of a motorcycle than a car,” he said.

Crosta adds that almost all Slingshots in the valley are rentals.

He also tells 8 News Now that the fatal crashes need to be addressed.

“I don’t want people to lose their lives, we have a very good track record and we are proud of the education,” Crosta said.

Last week, County Commissioner Michael Naft asked staff to review industry laws and regulations to see if there was room for improvement.

He says he is worried about the industry.

“It’s going to have to change and I’m going to be at the forefront of that because I don’t want to lose my business, I’ve worked really hard for this place,” Crosta adds.

He says he believes greater law enforcement could save lives.

Lawyer Sam Mirejovsky says the laws are there but more can be done to prevent fatalities.

“The easiest way to solve this problem is to have an inspector, officer or member of the city’s prosecutor’s office posing as a tenant,” Mirejovsky adds. “These operators should have a kill switch, should be required to maintain active surveillance of the car.”

The county’s business licensing department is expected to present information for the county’s consideration at a committee meeting next month.