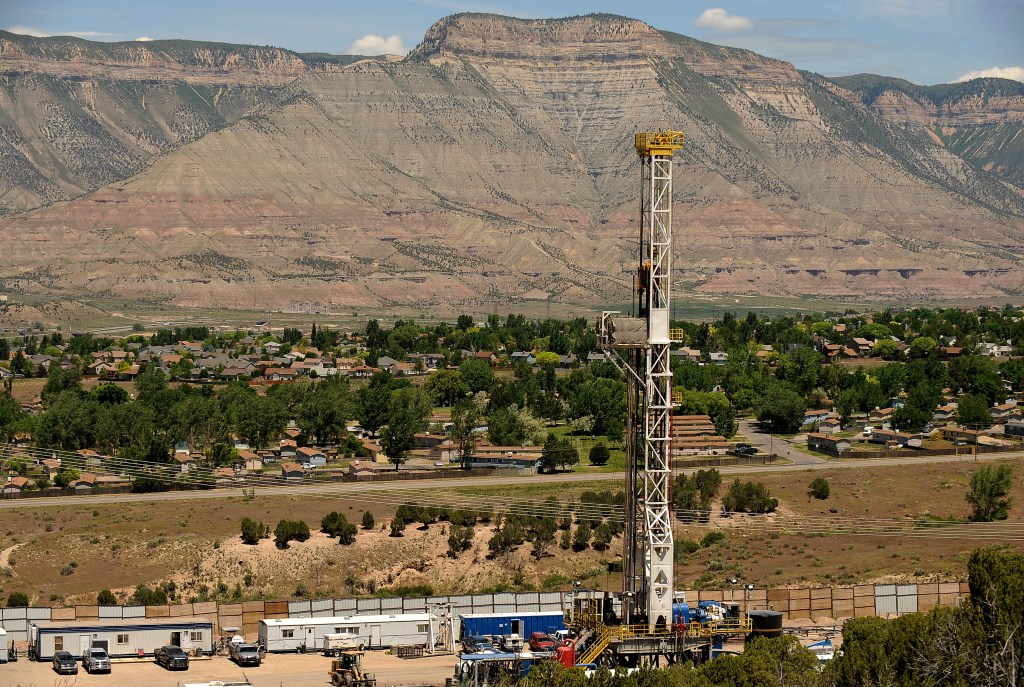 Members of conservation groups say the Colorado Oil and Gas Conservation Commission has illegally kept the public and media away from visits to oil and gas sites and one group has said it will seek an injunction if that happens again.

The commission, which regulates oil and gas, held town halls on the West Slope from Tuesday to Thursday and held what the agenda called educational field trips to well sites in Gunnison counties. , Garfield and Jackson.

Members of the community and conservation groups objected when the agenda initially did not identify the sites and the commission subsequently did not allow the public or media to join.

Leslie Robinson, president of the Grand Valley Citizens Alliance, said she considered the visits to be part of public meetings because there was a quorum of the committee, which announced the visits as part of its public notice. Therefore, Robinson said, not allowing members of the public to participate in the tours violated the state’s open assemblies law.

“For a public meeting, the public was not invited,” Robinson said.

The Grand Valley Citizens Alliance has asked Steve Zansberg, a First Amendment lawyer, to send a response to Lauren Mercer, deputy attorney general, who said visits were not subject to the open meetings law.

Zansberg, who frequently represents the Denver Post and is chairman of the Colorado Freedom of Information Coalition, said the commission called the meeting and gave public notice.

“They said it was a public meeting for notice purposes but not for public participation. There is no such animal, ”Zansberg said.

In a letter sent to Mercer on Friday, Zansberg said the tours should have been open to the public and that the Grand Valley Citizens Alliance “is prepared to seek an injunction prohibiting further violations” of the open meetings law.

The Grand Valley Citizens Alliance, Citizens for a Healthy Community, League of Oil and Gas Impacted Coloradans, and Valley Organic Growers Association asked COGCC in October to disclose the locations of sites members plan to visit. The groups said the commissioners’ agenda showed they planned to spend more time talking privately with industry representatives than with the public in Gunnison, Garfield and Jackson counties.

“It also became painfully evident when the Commission rejected multiple requests to include an offsite impact visit with the community in the North Fork Valley portion of the program,” the groups said in a letter.

Mercer of the Attorney General’s office responded in a Nov. 1 letter that site visits “have significant educational value” for commissioners and are critical to their understanding of the processes they regulate.

Mercer added that in 2004 the Colorado Supreme Court ruled in a dispute over a meeting of Costilla County commissioners with other officials that educational sessions not held for policy-making purposes are not subject to. to the law on public assemblies. She added that the sites visited by COGCC were “not subject to any pending or reasonably foreseeable Commission decision”.

However, Zansberg, who filed a court friendly brief in the Costilla County case, said the two situations “are apples and oranges.”

“In this case, the meeting was called by the committee and publicly noticed precisely because they were discussing public affairs,” Zansberg said.

Allyn Harvey, a Garfield County resident and consultant who works with conservation groups, said if the companies didn’t want members of the public on their private property, COGCC staff could have visited the sites and returned the publicly available information.

“I think the public is not hearing what is essentially the testimony of the industry as to its needs for natural gas development in Garfield County,” Harvey said. “It’s hard to imagine that in 90 minutes to three hours, however long the visits last, there wouldn’t be information relevant to public conversation and policy making.”

The government will resume this rule for central government employees from November 8, 2021