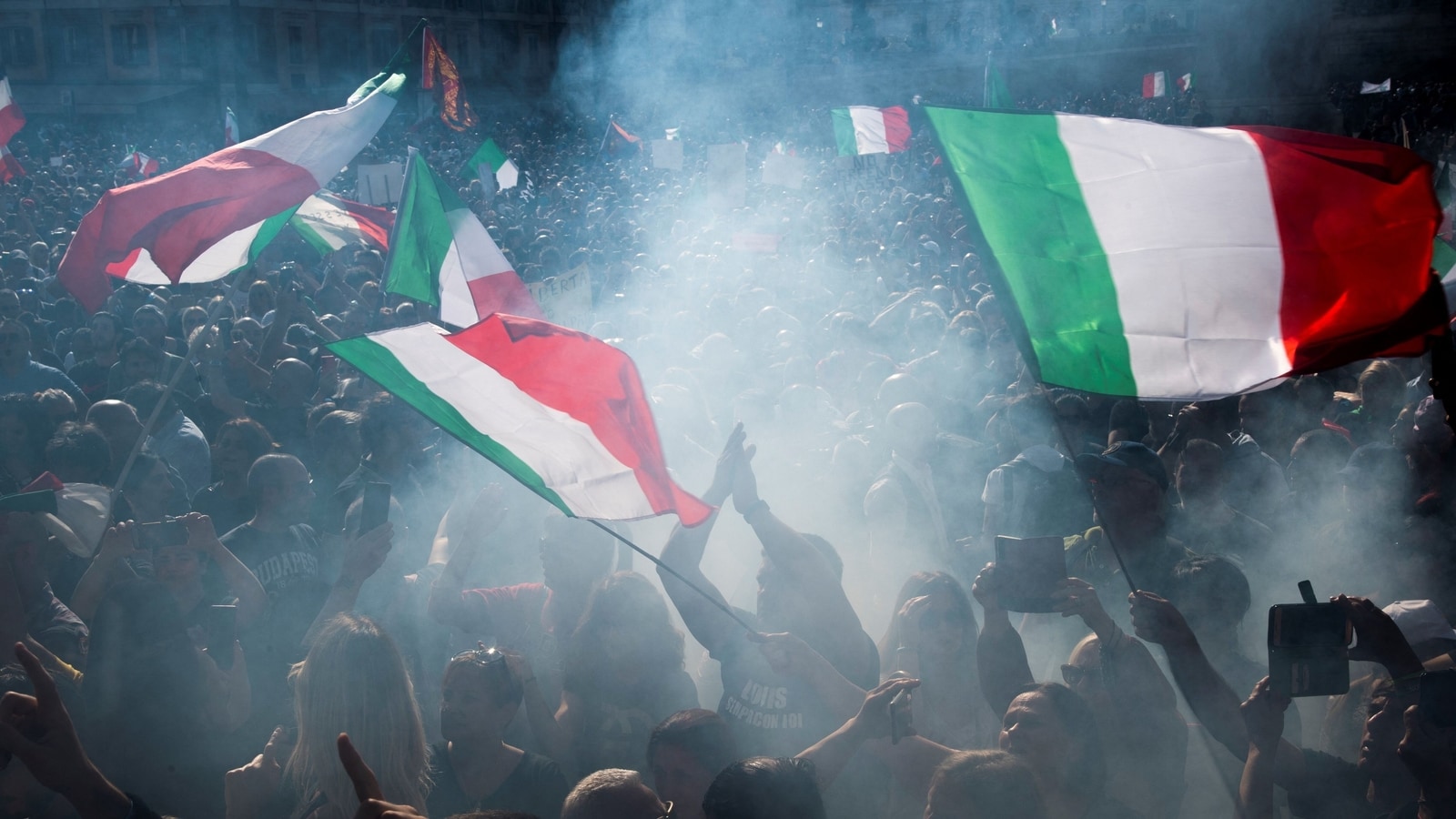 Thousands of protesters, including members of far-right groups, demonstrated in central Rome on Saturday against the extension of the Covid-19 health card system to all workplaces. There were scuffles with police as protesters targeted the health pass, which has been required to enter museums, sporting events and restaurants since August.

Although the march was authorized, several hundred people separated from the main column and attempted to march on the parliament. Police used water cannons and tear gas to stop them, arresting several protesters during clashes, the AGI news agency reported.

A separate protest took place in the capital and others in Milan, in the north of the country, and Cesena, in central Italy.

Three weeks ago, Prime Minister Mario Draghi’s government announced that the program would be extended to all workplaces from October 15 and that any employee refusing to comply risked suspension without pay. The health card system is already in place for all medical workers. It requires people to provide a vaccination certificate, proof of recovery from Covid-19, or a recent negative test result.

The retired Maria Ballarin denounced “a criminal and cowardly blackmail” on the part of the Italian state.

By not making vaccinations compulsory but by forcing workers to do them “it is not responsible for fatal or serious consequences, but indirectly forcing people to be vaccinated in order to be able to go to work,” she said. .

“We were both suspended two months ago,” Cosimo, one of the protesters, told AFP. He and his wife Morena are both nurses.

The couple claim to have immunity and allergy problems and to have been exempted from compulsory vaccination by their family doctor. But both were suspended without pay.

Stefano, who came from Como in the north to join Saturday’s protest, said he would take the test. “I have to pay to work, it’s absurd,” he said. Almost 80% of those over 12 in Italy have been fully immunized, according to government statistics. The first European country to feel the full force of the pandemic, Italy has suffered more than 130,000 deaths.

Lawmakers see the way to harness tech, but it’s not easy

Commentary: I am a professor of law and find a troubling gap in our constitutional rights | Opinion