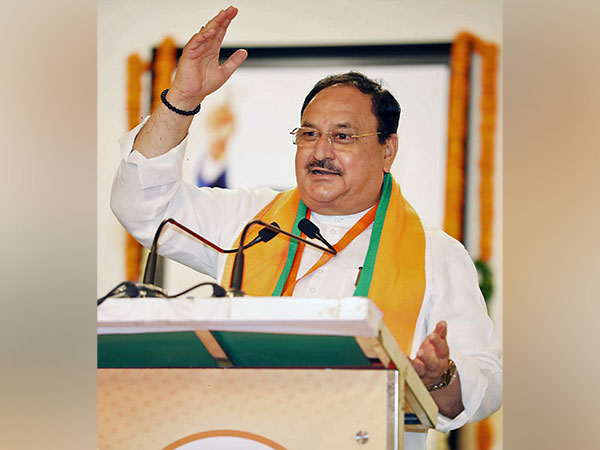 New Delhi [India]Aug. 11 (ANI): Bharatiya Janata Party (BJP) National Chairman JP Nadda will pay a two-day visit to Tripura from Aug. 27 to strategize for the 2023 assembly elections.
Nadda will arrive in Agartala on August 27.
According to the sources, Nadda will hold a meeting with party officials to decide the strategy regarding the assembly elections, which are to be held next year and will discuss the election strategy.
During his two-day visit, he may also hold a meeting of members of the party bureau and the central committee. BJP chairman may address rally in Agartala.
Recently, Chief Minister Manik Saha met with Nadda in New Delhi, during which the Chief Minister briefed him on the current political scenario and organizational activities of the state.
Earlier, Nadda canceled the state tour twice due to the COVID-19 pandemic.
Earlier on July 8, the Chief Minister was sworn in as a Member of Legislative Assembly (MLA) from the Assembly constituency of Tripura.
The Chief Minister contested the Assembly by-vote in Bardowali town constituency and won the polls by a margin of 6,104 votes.
After stepping down as a Rajya Sabha MP, he won the seat of MP for 8-no Town Bordowali Assembly Constituency on June 23, 2022.
He is currently the 11th Chief Minister of Tripura.
In a sudden turn of events, Saha was sworn in as chief minister of Tripura on May 15 after the BJP decided on a leadership change in the state a year before assembly elections by replacing Biplab Kumar Deb by Saha as Chief Minister.
The Tripura unit of BJP leaders were surprised at the choice of Manik Saha as chief minister as he was elected to the single-seat Rajya Sabha just two months ago.
The 69-year-old was elected to the Rajya Sabha on April 3 in the biennial Upper House election.
The Bharatiya Janata Party is currently the largest party in the Rajya Sabha.
Saha is also the party leader in the state. Saha joined the BJP in 2016 after leaving Congress. He was appointed head of the state party in 2020 and elected to Rajya Sabha in March this year.
Elections in the state are scheduled to take place in March next year. (ANI)