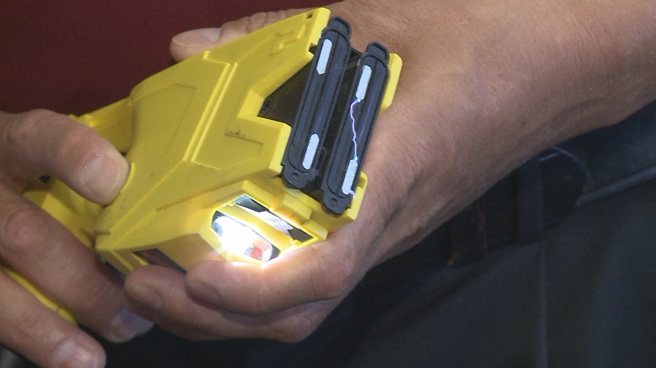 U.S. District Court Judge William Smith ruled in favor of two people who filed a lawsuit against the state in 2019.

Lawsuit seeks to legalize stun guns and Tasers in RI

Rhode Islanders have claimed they want to buy stun guns for self-defense, but state law prohibits them from doing so.

In his ruling, Smith said the state’s ban on stun guns violates the Second Amendment, which grants Americans the right to bear arms.

Smith also explained in his ruling that a stun gun “does not involve the safety of the general public” in the same way as a semi-automatic weapon because a stun gun is only effective at close ranges. .

The state, according to Smith, has failed to provide evidence that banning stun guns protects the public and that stun gun abuse is a real problem.

“In the absence of virtually any evidence to support the state’s claim to its interests, a comprehensive ban on stun guns cannot survive a Second Amendment challenge,” Smith added.

Following his decision, Smith said the state could no longer enforce the law regarding stun guns, although the other weapons mentioned, including blackjacks, slingshots, brass knuckles and batons , are still prohibited.

Prior to the ruling, Rhode Island was one of two states that banned the possession of electronic weapons, such as stun guns and tasers. The only other state that prohibits possession of stun guns is Hawaii.