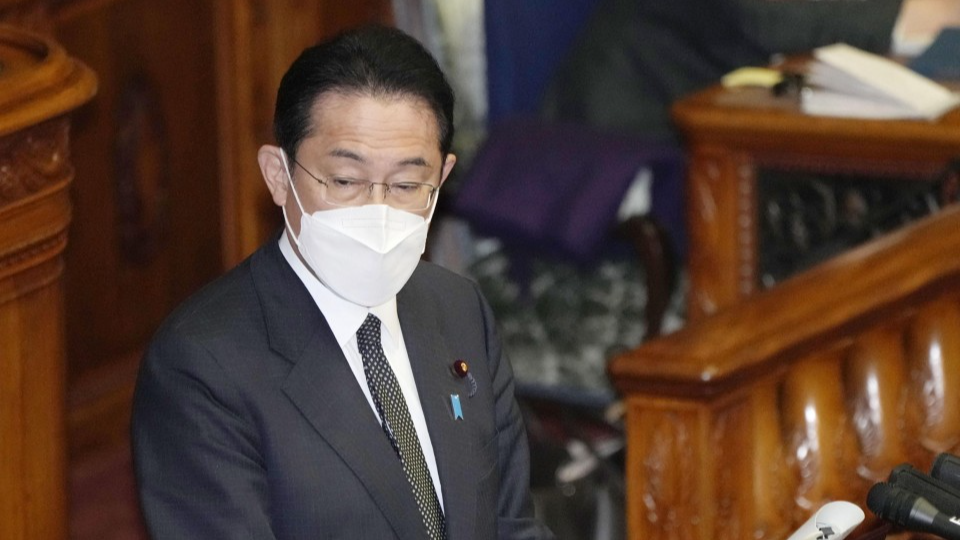 Prime Minister Fumio Kishida’s cabinet approval rating stood at 55.9%, down 4.1 points from the previous survey in December, a Kyodo News survey showed on Sunday, as the Japan is grappling with recent outbreaks of COVID-19 infections caused by the highly transmissible Omicron. variant.

The two-day phone survey to Sunday found the disapproval rate had risen by 2.5 points to 25.2% and also showed that 89.7% planned to refrain from eating and traveling to following the rapid spread of the Omicron variant.

Of those polled who said they approved of the Cabinet, 17.7% said they trusted the prime minister and 8.6% said they pinned their hopes on the government’s economic policies.

By contrast, among those who said they did not support the Cabinet, 28.3% said they could not expect much from economic policies, while 19.5% felt Kishida lacked leadership qualities.

With rapidly rising infection numbers nationwide raising concerns about the strain on the medical system, the Japanese government has now placed 16 prefectures, including Tokyo, under a near-state of emergency.

The poll showed 50.2% believe the implementation of the quasi-state of emergency came too late, while 40.4% said the timing was right.

The emergency allows prefectural governors to ask restaurants and bars to close early and stop or limit alcohol service. Several other regions have officially solicited or are preparing to solicit similar requests.

According to the survey, 76.5% said they feared being infected with the Omicron variant.

The poll also showed that 47.9% want to take the third dose of the vaccine as soon as possible.

Kishida said the government aims to give third injections to the elderly at a faster rate and start the booster program for the rest in March, earlier than planned.

Tokyo, which has hit new records for coronavirus cases in recent days, confirmed 9,468 new cases on Sunday, up from 11,227 on Saturday, the metropolitan government said.

Many regions are grappling with what has become the country’s sixth wave of infections. Since the country confirmed its first case of Omicron on November 30, the number of COVID-19 cases has increased 100-fold in three weeks, rising to 54,576 cases on Saturday from 534 recorded on January 1.

Regarding two options the government has submitted to the Diet aimed at preventing Japan’s royal family from shrinking further, 75.3% expressed support for female members who marry commoners to retain their imperial status, while that 54.4% supported a plan allowing male heirs of former branches to be adopted into the Imperial family.

The law currently states that royal women leave the imperial family by marrying a commoner.

When asked which political party they would support in the upper house elections this summer, 38.3% said the ruling Liberal Democratic Party, while 15.3% cited the main opposition party, the Constitutional Democratic Party of Japan.

By political party, the LDP was supported at 44.2%, followed by the CDPJ at 13.1% and another opposition party, the Japan Innovation Party, at 12.5%.

The LDP’s junior coalition partner Komeito won 4.1% and the Japanese Communist Party was chosen by 3.8%.