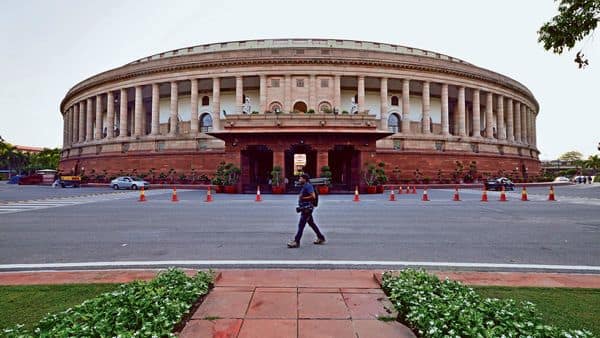 Lok Sabha was adjourned for the third time until 4 p.m. Tuesday amid protests and slogans from opposition parties on various issues.

Rajya Sabha’s case was also adjourned until 11 a.m. on Wednesday.

Before the chamber adjourned, the Lok Sabha passed the Essential Defense Services Bill, 2021. The bill allows the central government to ban strikes, lockouts and layoffs in units engaged in essential defense services.

Earlier, Lok Sabha was adjourned until noon and then 2 p.m. In addition, Congressman Manickam Tagore had given notice of an adjournment motion to discuss the â€œPegasus Projectâ€ media report.

In Rajya Sabha, Communist Party of India (CPI) MP Binoy Viswam gave a stay-of-business notice under Rule 267 to discuss it.

The opposition alleged that the names of several Indian politicians, journalists, lawyers and activists were on the leaked list of potential targets for surveillance by an unidentified agency using Pegasus spyware.

The upper house of parliament was adjourned until noon Tuesday following an outcry from opposition MPs.

Over the past few days, the affairs of the two houses have remained heavily disrupted due to continued protests from the opposition over issues including farmer protests, Pegasus spyware, Covid-19 and inflation.

The monsoon session began on July 19 and will continue until August 13.

Prime Minister Narendra Modi accused the opposition of insulting the legislature and the Constitution.

Informing reporters about Modi’s speech at the BJP parliamentary party meeting, Parliamentary Affairs Minister Pralhad Joshi said the prime minister expressed his anger at the conduct of some members of the opposition and noted that those who tore up papers and threw them away remained unrepentant.

“In the first 10 days, Modi-Shah rushed out and passed 12 bills at an average time of LESS THAN SEVEN MINUTES per bill. Pass legislation or make papri chaat!” Derek O’Brien had tweeted.

Such comments are “derogatory” to parliamentary procedure and to the esteem of elected officials, said Muraleedharan, quoting Modi.

* Thank you for subscribing to our newsletter.