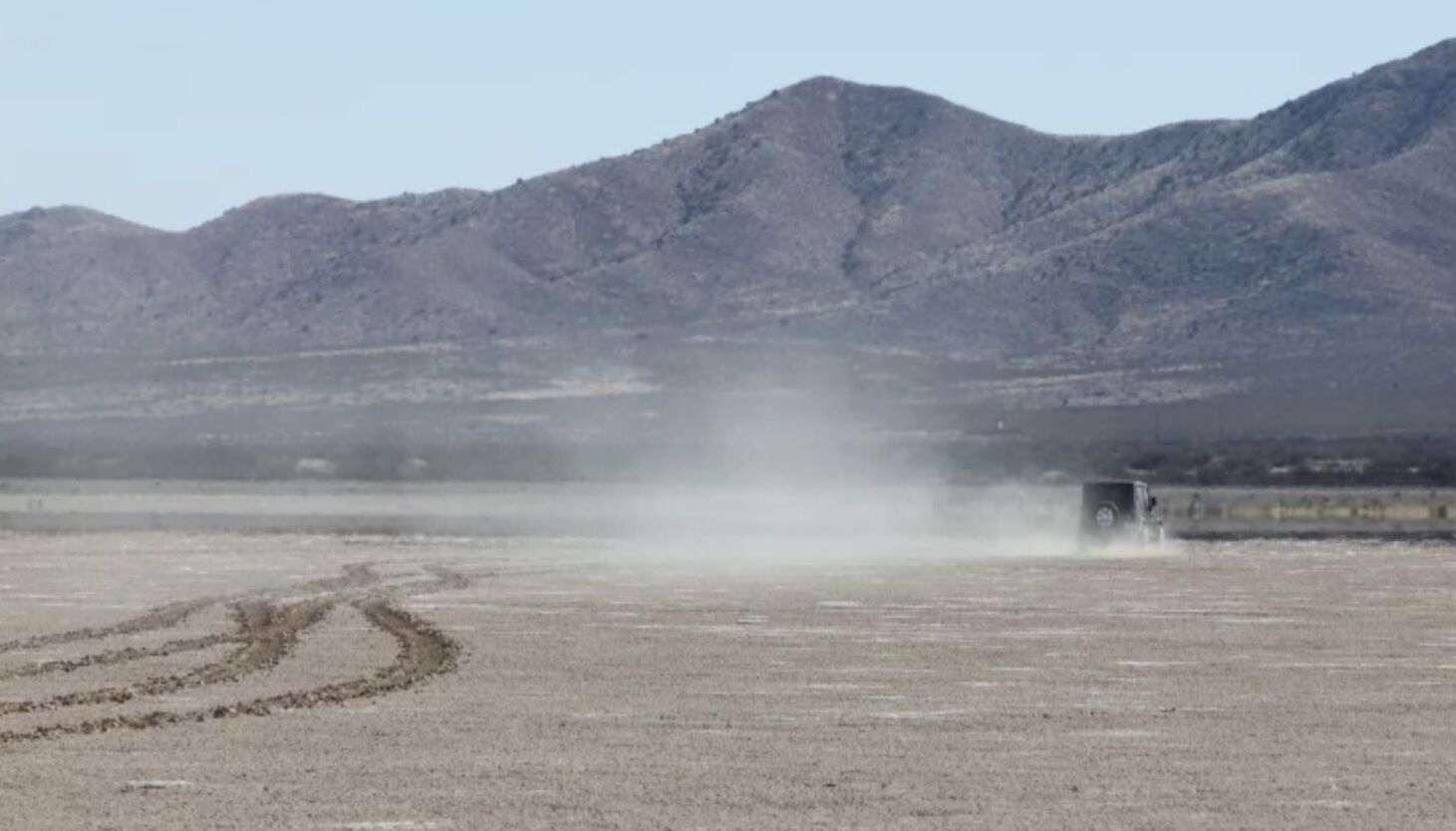 Motorized vehicles are prohibited from traveling on exposed navigable lake beds and rivers in Utah, but a problem has arisen in recent years with how it is written in state law.

It was not entirely clear to anyone what types of vehicles were and were not allowed in these spaces, prior to this year’s legislative session. This, in turn, made it difficult to enforce or prosecute.

“People just feel like if there’s no fence, there’s no gate and there’s no sign, that there’s nothing wrong with driving. an ATV, a motorcycle, a passenger car or a truck on that land,” Jason Curry, the deputy, said. director of the Utah Division of Forests, Fires and State Lands.

However, a new tweak to the law clears ambiguity in how the law is interpreted, and Utah lawmakers and land managers hope the clarification will ultimately help protect residents from pollution unintentionally created by people. who disobey the law.

HB317 clarifies that motor vehicles include off-road vehicles in addition to cars, trucks and motorcycles. Essentially, it is illegal to operate any motor vehicle on an exposed navigable lake or river bed.

While the bill affects areas like Bear and Utah Lakes, as well as the Bear, Colorado and Jordan Rivers, why the change matters — and why Rep. Doug Owens, D-Millcreek, has been pushing for a minor change in the law – has everything to do with one exposed lake bed in particular: the Great Salt Lake.

The dust from the Great Salt Lake is particularly problematic because it contains naturally occurring toxic heavy metals. It’s naturally protected by a salt pan, but when that’s disturbed — something a large vehicle can easily do — the dust underneath becomes exposed.

When a powerful storm arrives, this dust is lifted from the dry lake, where it can easily end up blowing over the approximately 2 million people living in communities all around the eastern edge of the lake. It’s even been known to negatively affect the state’s snowpack, which makes up about 95% of the state’s water supply.

“This was designed to ensure that the increasingly exposed lake bed does not break up,” Owens said. “If you break that crust, the underlying dust is more easily airborne. … It’s potentially a serious air quality issue.”

The timing of the bill coincides with two major recent issues. The lake hit a historic low last year and is expected to continue to shrink in coming years, according to the Utah Climate Center at Utah State University.

USU graduate student Molly Blakowski says that means about half of the lake has turned into dangerous dust. How dangerous is this dust? It contains arsenic and man-made chemicals that ended up in the lake.

Since it is a terminal basin lake with no outflow, chemicals entering it do not exit except through evaporation. This is why the lake is salty and why the chemicals are then absorbed by the sediments.

“What’s unique about the Great Salt Lake and the dust kicked up there, these sediments have been polluted urban, industrial and agricultural inputs for a very long time,” added USU graduate Jeffrey Perala-Dewey.

A 2019 study from the University of Utah also found that areas with higher silt and clay fractions are most prone to wind erosion. Owens points out that modern off-road vehicles can easily drag their fractions into the brine tank.

As it dries up, state land managers are noticing more and more people traveling through its empty lands, cutting into the protective saline. There are no exact land use figures, but anecdotally they have noticed an increase in tire tracks on the dry lake bed since the increase in outdoor recreation after the introduction of the COVID-19 restrictions in March 2020.

“We’ve seen a pretty big increase in recreation, but especially in areas that are a bit more off the beaten path, so the areas around the Great Salt Lake…have become more of a destination for people to really go beyond social distancing,” said Curry.

Despite the law, he believes the problem on the Great Salt Lake started when a person stepped onto the lake bed, leading to other people seeing tracks and doing the same. Since there is a lot of land slowly becoming available, it is difficult to put up enough signage to let people know they cannot drive there.

It eventually spiraled out of control, as an increasing number of vehicles dug into the lake bed. One of the most egregious cases was that of a person who drove his SUV onto the Spiral Jetty, the state’s official land-based artwork located on the northeast edge of the lake.

Blakowski and Perala-Dewey are currently studying dust storms and their impacts on communities, but they do happen, taking chemicals from the lake bed with them.

“As everyone looked at the Great Salt Lake during those drought years…you can see those dust clouds from a long way off,” Curry said. “And they end up impacting our air quality as a whole.”

Adjustment of a law not followed

This is where HB317 comes in. It helps clarify that not all motor vehicles are on the lake bed. A violation of the law is a Class B misdemeanor, punishable by a fine of up to $1,000 and even six months in jail.

The updated law officially goes into effect on May 4, along with all other bills signed into law this year.

While that narrows options for cyclists, Owens argues there are “many places” in Utah where people can use all-terrain vehicles that won’t create air quality issues as significant as ‘with the Great Salt Lake. The bill even gained support from leaders in the state’s off-road vehicle community.

“It’s time to take better care of our fragile lands, lakes (and) rivers, and I think this bill will definitely help,” Brett Stewart, president of the Utah OHV Advocates, said at a committee meeting. bedroom.

The state has also opened up funds for more outreach, education, signs, new cameras, and even a new law enforcement officer who will primarily ensure there are no trespassers. on the bed of Great Salt Lake and other nearby sovereign lands. The new agent is expected to be hired by June.

Curry hopes the changes will send the message that people aren’t allowed to drive on the dry parts of the Great Salt Lake.

“(We want) to make sure people play by the rules,” he said, “and keep resources protected and available for everyone to enjoy in the future.”

Will Labor really rule out council coalitions with the SNP?