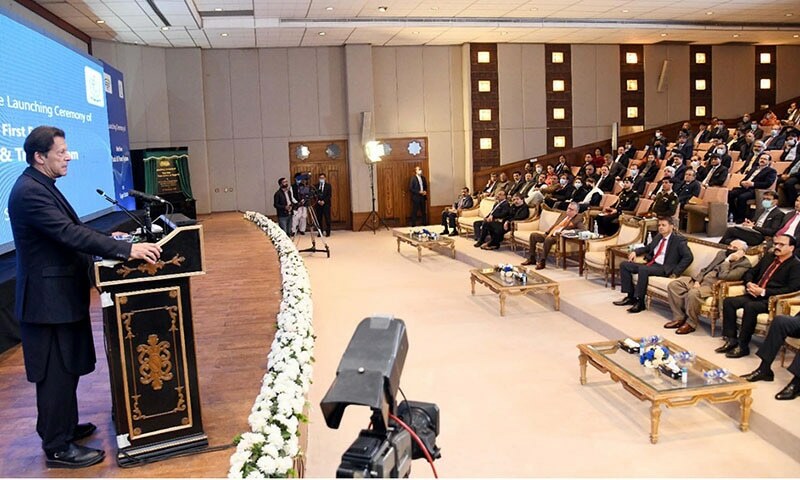 The TTS will help the government monitor the movement of sugar from factories in order to control tax evasion.

The sugar industry has become the second sector after cigarettes to be subject to the electronic surveillance system. The FBR plans to consolidate the beverage, cement, fertilizer, iron and petroleum sectors into this system.

Speaking on this occasion, the Prime Minister said that the people have no confidence in the country’s tax system, but he did not specify the measures taken by his government to restore the confidence of the people in the system. tax in the past three years.

He said Pakistan was the fifth largest country in terms of charitable giving. “I am the biggest beneficiary of this system,” he said, adding that people preferred to do charity, but were not prepared to pay taxes.

“The RBF will have to play a role in restoring the confidence of the population in the tax system,” he added.

Mr Khan said the biggest problem facing the country was the lack of resources to run its affairs. “We use loans to pay our debt and to service it,” he said, adding that the sustainability of the state was threatened.

“We can’t go on like this. We are stuck in vicious circles. We must opt ​​for the use of technology to generate maximum income. ”

The Prime Minister said the RBF was to collect Rs 6 trillion in taxes in the current fiscal year. Of this amount, he said, Rs3tr would be used for retirement and debt service, but the remaining amount was insufficient for infrastructure development and health and education spending in the country.

He stressed the need to promote and strengthen tax culture in the country by assuring people that their taxes would be spent for the welfare of their children and not for the luxury of the rulers.

Prime Minister’s Finance and Revenue Advisor Shaukat Tarin said 76 companies have so far registered with TTS. The RBF and the National Database and Registration Authority were working to broaden the tax base through the use of modern technology, he added.

Mr Tarin said around 15 million people had been identified and could be included in the tax net.

The TTS will provide electronic monitoring of production and sales in the tobacco, fertilizer, sugar and cement sectors. This will help bring transparency to the system and improve the country’s revenue collection.

As part of the system, no bags of sugar production will be removed from the factory and manufacturing facility without a stamp and individual identity mark from November 11. The FBR has already notified this through specific rules.

Unique Identification Markings (UIM) must be obtained / obtained from the AJCL / MITAS / Authentix Consortium of the FBR licensee.

The Sales Tax Act 1990, read together with Rule 150 ZF of the Sales Tax Rules 2006, requires the RBF to notify the date of implementation of electronic control of the production and sale of goods from the legally prescribed manner at all manufacturing sites. notified sectors.