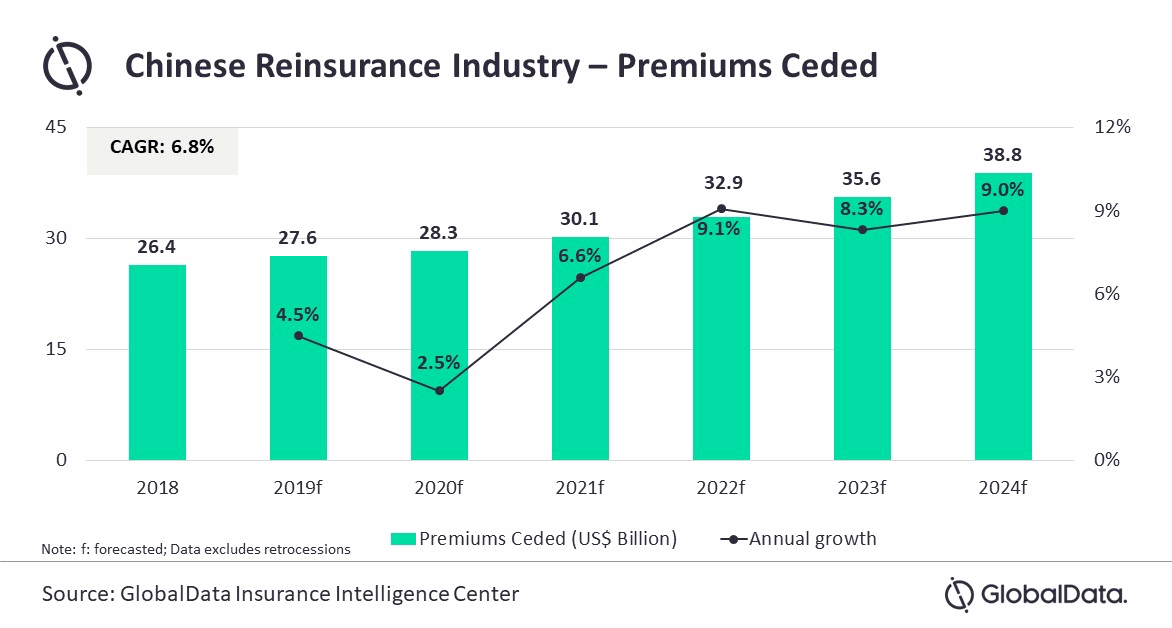 Data and analytics firm GlobalData predicts the Chinese reinsurance market to grow at a compound annual growth rate (CAGR) of 6.8% from 2019 to 2024, based on proposed revisions to its reinsurance regulatory regime .

The China Banking and Insurance Regulatory Commission (CBIRC) has proposed new rules aimed at strengthening the risk management framework of the reinsurance business and contributing to the development of the industry.

GlobalData analysts believe the changes will drive growth in the local reinsurance market and contribute to the performance of the P&C insurance industry.

Of these, Korea Re and XL Insurance (China) Company Ltd, a subsidiary of AXA, were granted operating licenses in 2019 and 2020 respectively, while few others are pending approval.

The proposed regulations would allow an eligible insurer to establish an independent reinsurance service. In addition, the CBIRC has allowed onshore reinsurers to increase their capital limits, which should increase their reinsurance capacity.

To control and monitor overseas cessions, CRIBC is considering arrangements to regulate the concentration of reinsurance activities, exposure to reinsurance overseas risks and liquidity management.

The regulation requires insurers to report details on the objective of the reinsurance placement, retention and reinsurance policy, risk management and control mechanisms to ensure that the placement complies with regulatory requirements.

How to unclog the courts