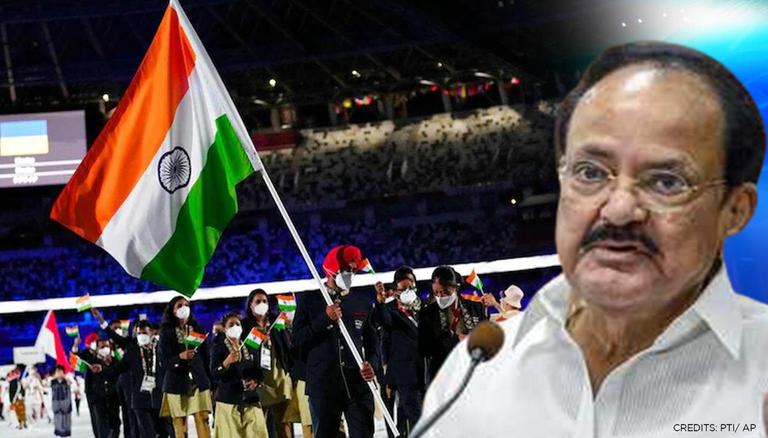 As the Tokyo Olympics wrapped up on Sunday, Indian Vice President and President of Rajya Sabha, Mr. Venkaiah Naidu, greeted the country’s Olympic contingent in the upper house on Monday. Addressing the Rajya Sabha, Naidu said India first competed in the Paris Olympics in 1900 as a British colony. He added that the voice of India is finding more and more weight in the world.

Naidu noted that the Olympic spirit relies more on the spirit of participation than on winning medals. However, he acknowledged that the number of medals is important for India and other countries. He said Olympic medals add to the overall perception of emerging economies, with athletic ability being an important element of soft power.

“Medals are the ultimate testament to the sporting prowess of any nation,” said Venkaiah Naidu

Naidu also remembered and spoke about India’s first gold medal at the 2008 Beijing Olympics thanks to Abhinav Bindra with the 10m air rifle. The president of Rajya Sabha also pointed out how hard the country initially struggled at the Olympics. However, he added that the Tokyo Olympics turned out to be the best for India as they won the most medals ever.

#TokyoOlympics turned out to be the best for our nation, not just in terms of the highest ever no. of medals won, but also in terms of demonstrated courage, as evidenced by several close arrivals and many of our athletes participating in the medal rounds: President of Rajya Sabha, Mr. Venkaiah Naidu pic.twitter.com/1DbMSuk5Rg

Naidu claimed that the Tokyo Olympics heralded a resurgence, renaissance and national awakening in sports in India by restoring depleted confidence and self-esteem. Naidu commented on India’s participation in the quarterfinals by 55 members out of a contingent of 120 members.

“For the first time, five of our athletes fought for gold and over 40 qualified for the semi-finals,” said Venkaiah Naidu

Commenting on the ace performance of Gold-winning Neeraj Chopra, the Vice-President noted that the javelin thrower made India proud with his “golden javelin throw”. He added that Chopra’s dominance on the pitch made Indians rejoice as his performance brought down the curtains on “decades of desperation.”

Neeraj Chopra made our nation proud with his gold javelin throw. The way he dominated the pitch from the start, never seen before, made our people rejoice as it was a declaration of “we too can do it”: Rajya Sabha Chairman, Mr. Venkaiah Naidu pic.twitter.com/idHWwhQ6tk

In addition, he also praised Bajrang Punia for winning bronze at the Tokyo Olympics despite a knee injury. The vice president called Punia’s feat “rare”. In addition, the president of RS also praised the spectacular performance of the men’s and women’s hockey teams.

“Our sportswomen are making history and this is going very well for our medal hungry nation,” he said.

In addition, he praised Indian Olympian and Rajya Sabha member Mary Kom for her participation in the Olympics and for being the first sitting MP to represent India. â€œThis August House is proud of Sri Mary Kom’s achievement,â€ said Naidu. He also informed that 40% of the Tokyo contingent comes from Haryana and Punjab.

“These two states deserve to be appreciated for building the right sport ecosystem,” Naidu added.

The president of Rajya Sabha concluded his speech by declaring that the Indian government appreciates the Tokyo Olympic contingent and the Indian medalists.

Vaccinations, unions and the law