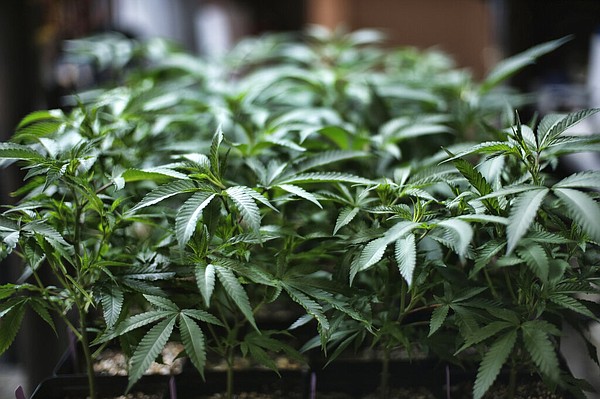 The Arkansas Medical Marijuana Commission has proposed rule changes that would allow the state to issue its two remaining dispensary licenses, possibly in January.

Spokesman Scott Hardin said rule changes brought forward on Thursday would allow the commission to issue licenses to companies that initially applied in 2017 and whose applications remained active until the start of the year. at which they expired.

“For this reason, the rule change is necessary to reactivate the apps,” Hardin said in an email. “The rule change will allow licenses to be issued to ‘next in line’ in zones 6 and 8 based on previous scores.”

Hardin said the rule changes must now be considered by the Legislative Council and approved by the governor’s office.

“Additionally, a public comment period is required,” he said in an email. “This process normally takes around three months to complete all the required steps. Therefore, we anticipate that the remaining two licenses (one in Zone 6, one in Zone 8) will be issued in early January if the rules are passed successfully. “

At their July 21 meeting, the commissioners noted that there were few dispensaries in the southwestern part of the state relative to the number of patients in the region.

Zone 6 covers Scott, Polk, Montgomery, Garland, Perry, Saline, Hot Spring and Grant counties. Green Remedies Group, which is next in line for Zone 6, is proposing to put a dispensary in Garland County, outside the city limits.

The Medical Marijuana Commission decided in August to use a reserve list to award the two unassigned dispensary licenses and to use a lottery system to make those decisions in the future.

The commission was given three options for issuing the two licenses, and it also had to consider a way to issue licenses in the future if any of them were withdrawn or revoked for any reason.

The objective was to avoid being in the same situation again, to use a process in which the commission or its representative screens the candidates and chooses a winner.

The three options were to be used:

• The existing system of scoring candidates and selecting a winner.

• The reserve list in Zone 6 and Zone 8 to fill the two remaining places and use the lottery system for future decisions.

• The lottery system for the two licenses available and still in the future.

The board members decided that the second option was the best way forward.

“The Commissioners are considering a separate rule change that would allow a lottery approach (a blind draw similar to the system used for retail alcohol applicants) in the event that a dispensary or farmer’s license is revoked,” Hardin said. “However, this rule change will not be formally discussed until the next Commission meeting.”

In 2016, voters in Arkansas approved Amendment 98, the constitutional change legalizing cannabis for medical use. The state’s first dispensaries opened in May 2019 after delays resulting from regulatory issues and court challenges.

The committee in December voted unanimously to issue the 38th license, then in February refused to issue the other two on the grounds that applications had expired before the meeting. This led to the discussion of how to assign the last two licenses.

“Regulation of electronic commerce is essential to stimulate online transactions”