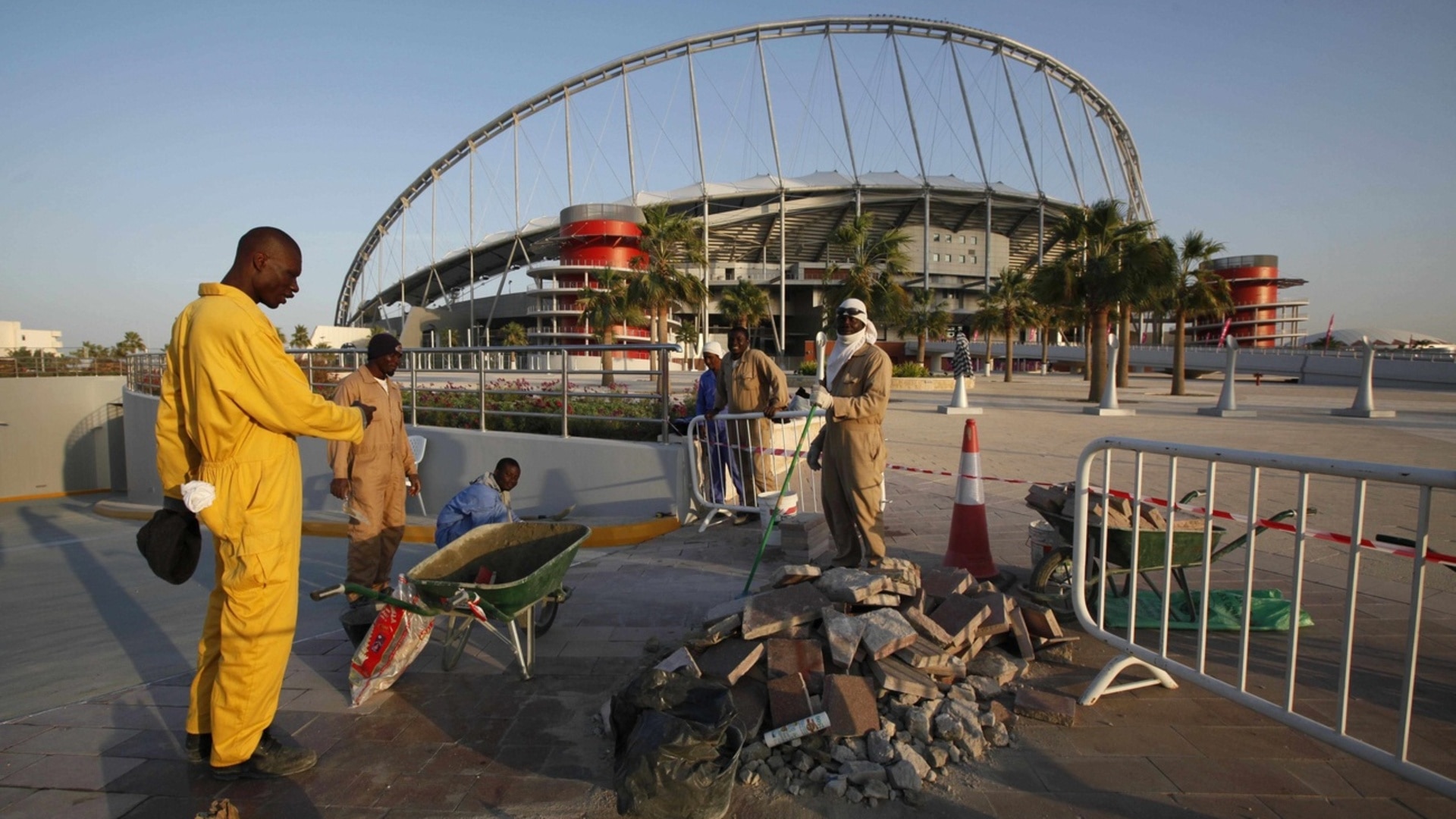 While much of the economy is still reeling from the pandemic, the Swiss arms industry has recorded record export figures. Yet he often deals with unsavory business partners. Parliament, now threatened with a popular initiative, is seeking to tighten the screws on arms exporters.

Journalist based in Berne. I am particularly interested in topics on society, politics and social media. Previously, I worked in regional media, for the Journal du Jura and Radio Jura bernois.

More from this author | French department

My specialty is telling stories and decoding what is happening in Switzerland and in the world based on accumulated data and statistics. Expatriate in Switzerland for several years, I also worked as a multimedia journalist for the Swiss national broadcaster.

More from this author | French department

The Swiss armaments will protect the next 2022 World Cup organized in Qatar. The Gulf state bought two air defense systems worth 200 million francs ($ 216.6 million) from a Zurich armaments company, the German-speaking daily Blick reported in early June. It is one of the biggest Swiss arms markets in recent years.

However, behind the sparkling new infrastructure that will host the crowning glory of football lies the grim reality of a country that systematically violates human rights. Since Qatar won the World Cup ten years ago, some 6,500 migrant workers have lost their lives, many on construction sites, according to an investigation by the British daily The Guardian.

The scandal did not prevent the Swiss government from approving the arms deal. By law, arms exports are allowed even to countries that commit serious human rights violations. In addition, Qatar withdrew from the military alliance with Yemen in 2017 and is therefore no longer involved in a conflict.

In contrast, after the revelation, a Danish company refused to supply the stadium turf, and many players, generally unpoliticized, raised their voices in protest.

This is not the first time that Swiss ammunition has fallen into the hands of people who do not respect human rights. Swiss pistols, rifles, armored vehicles and helicopters are used in Brazilian police and military operations in which human rights are regularly violated, according to a study by Terre des Hommes.

The children’s aid organization Terre des Hommes Suisse, its German counterpart and the Brazilian Instituto Sou da Paz have called for an end to Swiss arms exports to Brazil. The country is the eighth customer of the Swiss arms industry, with exports amounting to more than 30 million francs in 2020.

â€œPolice violence has reached a dramatic scale. Four children and young people die every day in Brazil at the hands of the police and the army, â€the report accuses.

The flexibility of the export criteria explains the presence of Swiss weapons in these countries. In recent years, the government has gradually relaxed its regulations on war materiel. In 2014, it authorized exports to countries which “systematically and seriously violate human rights”, as long as the risk remains low that “exported war material will be used to commit serious human rights violations”.

In 2016, the war material regulations were reinterpreted. The ban on arms exports to countries involved in a conflict now only applies if the conflict takes place directly in the importing country.

These changes have given arms manufacturers considerable leeway. They are “rather favorable” to the economy, according to a 2018 report from the Federal Audit Office. The figures confirm it: the total volume of Swiss arms exports has grown steadily since 2016.

A series of scandals, however, have drawn attention to the flip side. In 2018, images of Swiss weapons used by militias in Syria, Libya and Yemen sparked outrage. That same year, the cabinet announced its intention to allow exports to countries in civil war, as long as there was no reason to believe that the weapons would be used in that conflict.

In 2019, a coalition of left and right politicians and civil society organizations launched an initiative â€œagainst arms exports to countries in civil warâ€. The text does not call for a total ban on arms exports, but seeks to prevent arms from being sold to states that seriously violate human rights, as was the case before 2014.

‘A step in the right direction’

On June 3, the promoters of the initiative won their first victory. The upper house of Parliament, the Senate, accepted the government’s counter-proposal on the initiative. This includes a ban on the export of weapons to countries that commit serious human rights violations, and removes provisions whereby the cabinet could approve exceptions to the rule. This would, for example, make it difficult to export ammunition to Qatar, as was done on the occasion of the FIFA World Cup.

“This is a strong commitment to Switzerland’s humanitarian tradition and an important contribution to a credible peace policy,” the coalition wrote in a statement. If the lower house of parliament also supports the counter-proposal as it stands, the coalition plans to withdraw its initiative.

Terre des Hommes Suisse, member of the coalition, welcomes the decision of the Senate. â€œIt’s a step in the right direction. With this decision, exports to countries that violate human rights will no longer be possible, â€says Andrea Zellhuber, violence prevention expert at the NGO.

The House of Representatives has not yet validated the proposal.