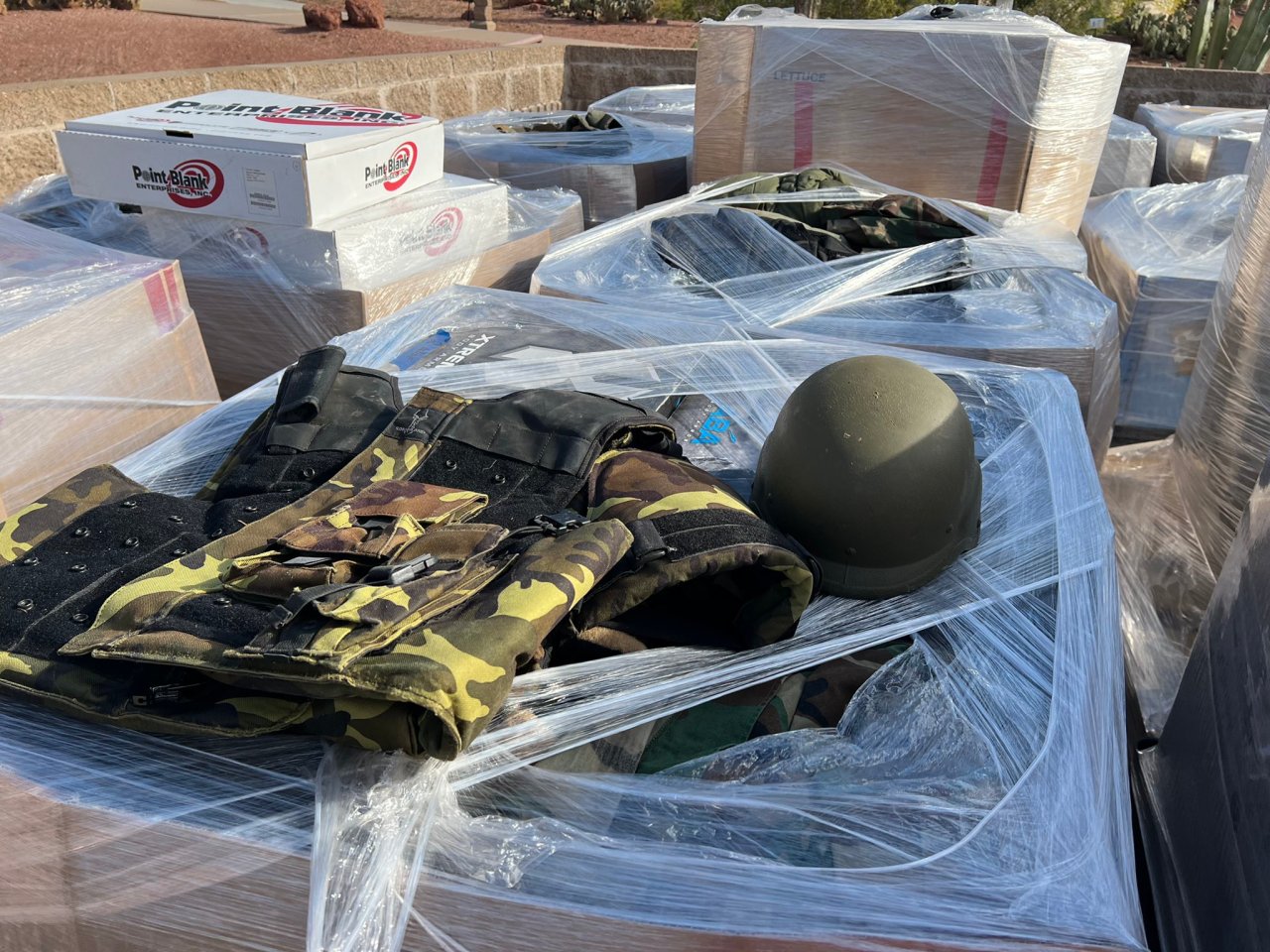 The cargo included 874 body armor, 77 helmets, riot shields and various tactical clothing. A spokesperson for the Arizona Department of Emergency and Military Affairs (DEMA) confirmed delivery by the Ukrainian relief group on Friday but could not provide further details as agency resources are tied to an ongoing forest fire emergency.

Visit BorderReport.com for the latest exclusive stories and breaking news on issues along the U.S.-Mexico border

The Ukraine Relief Group arranged for the materials to be flown to Poland and then trucked to Ukraine earlier this month.

“Ordinary citizens are risking their lives, fighting for their freedom, and deserve all the help we can give them,” Arizona Governor Doug Ducey tweeted.