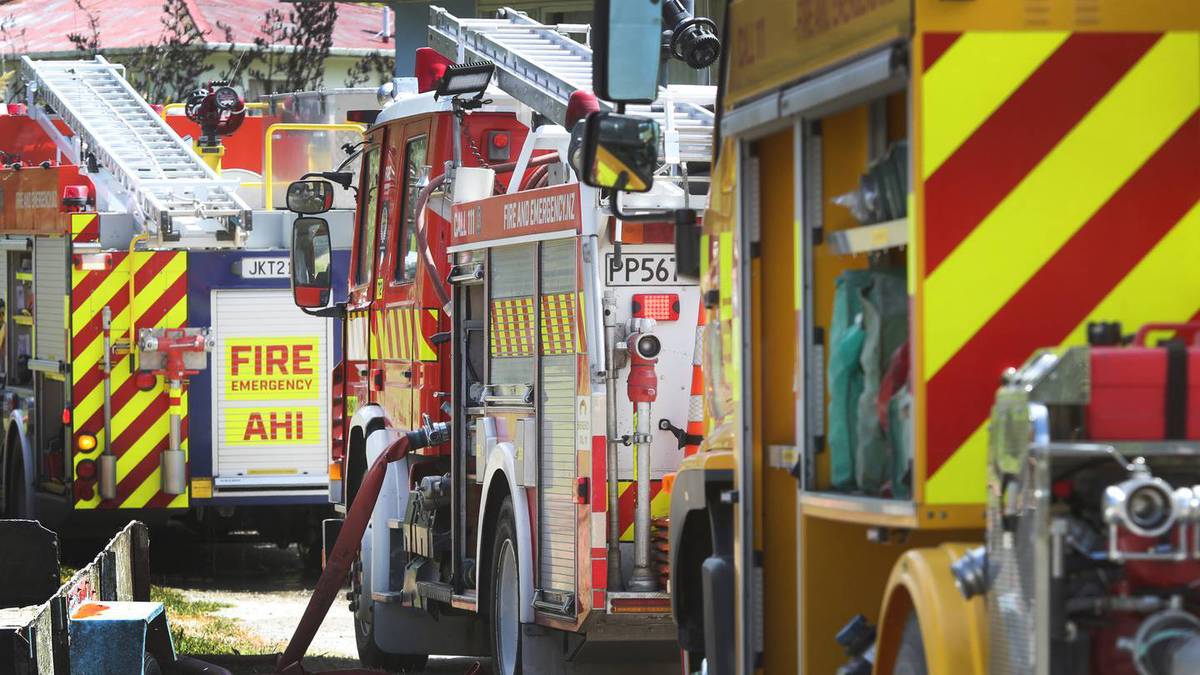 Two fires broke out on the same property within days of each other. Photo / Bevan Conley

A woman was able to throw her dog to safety before being killed in a fire at an Upper Hutt home earlier this month.

Police revealed more information about the incident in a statement calling for information on two separate fires at an address in Bridge Rd, Birchville, Upper Hutt.

The first fire broke out on the residential property shortly before 2 a.m. on Thursday, August 12.

The occupant of the house, Margaret “Terri” Fordham, died in the fire, police said.

She was sleeping in her upstairs bedroom with her dog Daisy when the fire broke out.

Police said she woke up during the fire and was able to call for help.

â€œHer neighbors and the fire department tried to rescue her from a ladder but could not reach her.

“Mrs. Fordham was able to get her dog to safety before she died,” police said in the statement.

Two nights later, on August 14, neighbors were woken up around 3:30 a.m. by a fire at the same address.

The upstairs area was fully involved and extensive damage was caused, police said.

No one was in the house at the time of the fire.

Police conducted site examinations after each of the fires. The cause of the first fire has not yet been determined, but the second is considered suspect.

Detective Sergeant Sam Mercer said police wanted to hear from residents of Bridge Rd or Birchville, who heard or saw anything suspicious on the nights of the two fires.

Mercer said they were especially keen to hear from those who use CCTV.

â€œIt is a truly tragic situation in which a beloved mother and friend lost their lives,â€ said Mercer.

“The public may have information that could help us identify the person who started the second fire.”

Fordham’s family have requested confidentiality at this time.

Information can also be provided anonymously by calling Crime Stoppers on 0800 555 111.